Today is Juneteenth - a holiday that celebrates the date that Major General Gordon Granger released an order to Texas ending slavery in the confederacy under the Emancipation Proclamation. The order came two and a half years after the Emancipation Proclamation had been signed and Texans did not immediately comply, continuing to enslave Black Americans. Not only was this order met with resistance, but the act of enslaving Black Americans continued under different names and with the creation of new laws (see readings below for more information).

Juneteenth is not just a historical event, it is a celebration of Black culture and a date that shines light on the white supremacy that is built systematically into our country to this day. As the National Museum of African American History & Culture states, "Juneteenth marks our country’s second independence day. Though it has long been celebrated among the African American community, it is a history that has been marginalized and still remains largely unknown to the wider public. The legacy of Juneteenth shows the value of deep hope and urgent organizing in uncertain times."

For celebrations and learning opportunities happening this weekend, see: 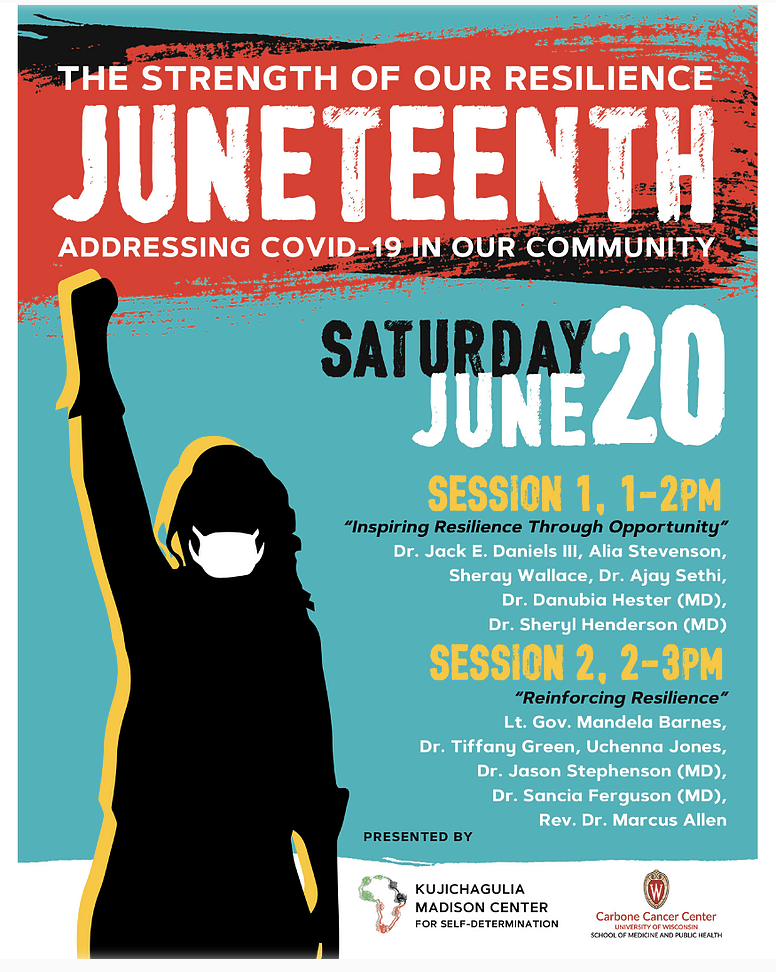 Image of the flyer for The Strength of our Resilience: Black Voices Matter - Addressing COVID-19 in Our Community via The Kujichagulia Madison Center for Self Determination

To learn more about Juneteenth, celebrate the ways in which Black communities survive and thrive (including establishing health care practices), and the history of and contemporary ways in which white supremacy is integrated into our society, see:

Enter your e-mail address to receive notifications of new posts by e-mail.